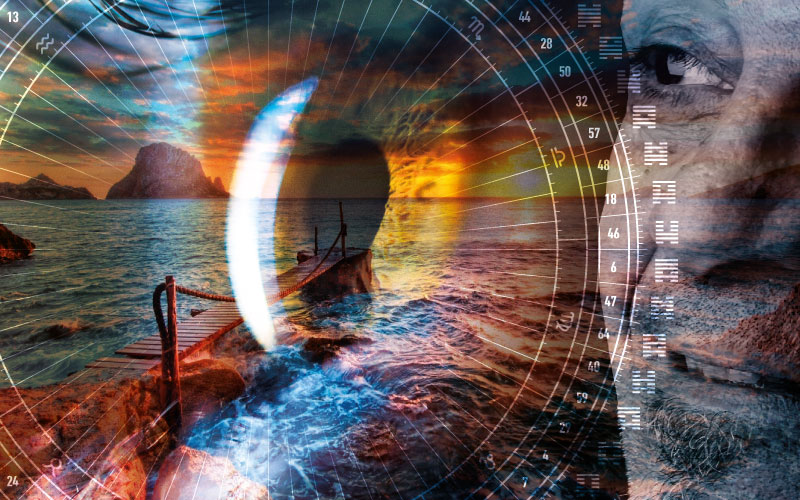 Once again the time of the year approaches when I indulge myself in the so called summer school in my personal home in Ibiza, in which I dedicate myself teach the elements of the broad body of knowledge of the Human Design System that I feel attracted to review for others at this time, mostly because of the discoveries and evolution I have observed during my work as a professional teacher during the previous year. This provides me with an opportunity to pierce into certain themes at yet another level of depth, which is something that sparkles the flow of understanding in me, as it is filtered and expressed through my investigator personality, in a continuous attempt to solidify the conceptual foundation of certain mechanical themes. Themes that are too important to carry any misunderstandings about their specific value, both in one’s own design as much as in the design of other people. 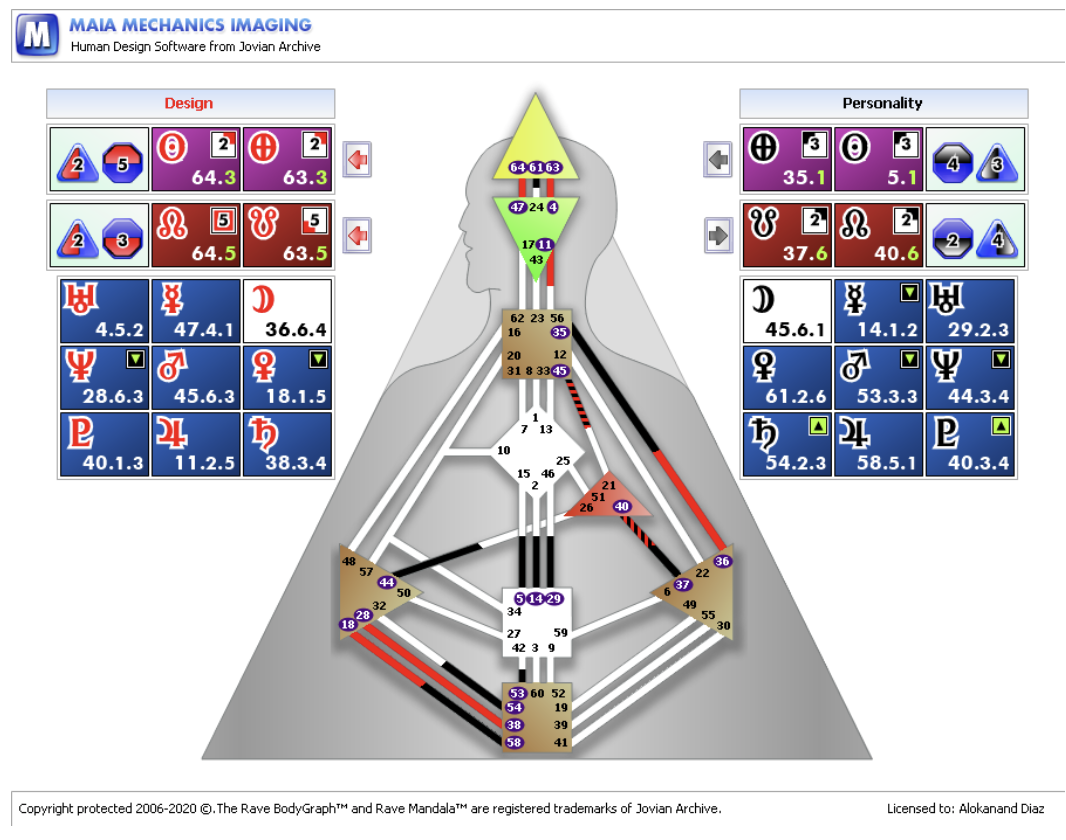 This year I seem to feel drawn to teach a variety of elements that have a very specific and powerful impact on the development of the human personality at many different levels, which given the nature of my own design – with my personality Sun as a hanging gate between my only two open centers – has been the natural field of main interest in my personal relationship with the Human Design System from the very beginning of my process. In going through my second Saturn Return Cycle in my life during the last months, I have become aware that I am approaching the moment when I will have spent almost a complete Saturn cycle having the constant company of this knowledge as a permanent inhabitant of my spirit, coloring the filtering process of every single thought that my personality consciousness has had with its mechanical structure.

I have always had deep compassion, and even genuine love, for the not-self, no matter what level of distortion I was meeting in every individual variation that I met amongst the human beings that populated my own personal social life. After all, I met Human Design when I was 32 years old, just a couple of years after I had completed my first Saturn return cycle and, despite of the initial awakening shock of meeting my own design, it was absolutely clear to me that the fact that I had been disconnected from my own nature for all of my previous life did not make ‘me’ (the one I had been ‘trying’ to become) a ‘bad’ person, since it was the same ‘me’ that clearly suffered the most by living in the permanent distortion of my own frequency as a human being.

This event, however, marked all the difference in my internal attempts to find some grounding in establishing my very personal life’s purpose in the material reality of the world. Meeting Human Design I consciously entered into a very slow motion healing process that only now, long lived past my Chiron return, has allowed me to recognize the inner sense of perfected beauty that has grown its own roots within me, a natural quality of being that fuels the continuity of a surrendered alignment with the inherent form principle through which it can manifests its awareness as I share the world with others on my journey.

In Human Design, mechanically we describe the inherent potential value of every individual life as a manifestation of the channel of the Beat, in the sense that every human life carries its own individual direction, and this is what makes every single human incarnation a both mysterious and mundane journey between birth and death. On this journey, it is the personality that suffers from the greatest levels of distortion, because the personality is the way in which all of us can have a conscious and aware perception of the internal state of our individual spirit, conceived as the conscious life force that wakes up to the reality of the physical body every morning before we get up and ‘reengage’ with the material ‘reality’ of our lives.

Having gone myself through each and every step of personality deconditioning, I have now a very clear and logical understanding about the mechanics that hamper the potential differentiation of an individual’s personality, locking it up into identification with the distorted perception of a fixed and homogenized sense of purpose in human existence. What in Human Design is described as the not-self mental ‘body’ and keeps the personality consciousness with its attention focused on what it perceives to me ‘missing’, unable to find fulfillment within its own inner realms. In this I have come to see that there are a series of themes that are common to the development of passenger consciousness in everyone that wants to experiment with Human Design beyond the first seven years of the deconditioning process, which are mostly focused on the potential realignment of the general human characteristics that are revealed in the openness of each individual design.

The true conscious journey of the personality starts when deconditioning is completed after seven years of continued experimentation and testing, because only then is there no more power left in the rational mind to distract the personality’s attention away from its own individual movie, and it no longer has the power to compel it to identify with what it is not. However, in the process of living as oneself after those first seven years, there are so many ‘new’ nuances in the perception of oneself, as one interacts with the world that we have around, that it can be confusing to discover that your potential ‘awakening’ as an individual does not imply that the rest of the world is going to go through any change as a consequence of that. “Stupid before enlightening, stupid after enlightenment.” This was definitely one of Ra’s favorite jokes about the human condition.

This is how I have known it to be deeply within myself under his personal guidance during the 17 years of our uninterrupted collaboration, where I learned to let go in the exploration of places in my inner life where choices do no longer make any clear sense, and discover that living in complete inner chaos is also just another way of being unable to objectively compare oneself to anyone or anything. Being internally forced by the inner turmoil of the energy in my own design is surely also the foundation of why I could never take myself all too seriously for very long. Looking at that chaos through the lens of the Human Design System, my logical personality entered into a journey from which it never had the wish to return. I was then, and I still am today, the only one responsible for allowing the mechanical perspective of Human Design to take over practically every dimension of my personal life, and not only did I never regret it, but the rewards that it has brought into my daily existence would make up a never ending list of deeply empowering qualities, of which the greatest blessing of all is the relationship with my conscious self when I am the only person that can ‘see’ me. Not that I have become a better person than I ever was before, but I am certainly a lot more amused in being myself and, as a good passenger should, consciously I hardly ‘do’ anything other than reflect on the natural consequences of being myself as life continues to unfold and manifest.

So, I decided to dedicate this summer school to the themes that most deeply condition the personality’s perception from the moment that it comes into the world, which have also been the marking stones of my own awakening process towards self- realization through personal experience. This allows me to elaborate on every level of the mechanics illustrating it with examples that carry my own human substance and observations.

Below you have a lineup of the programs that I plan to offer this year, which are rather diversified in their nature but have the theme of the personality consciousness in common as an underlying thread. I would like these programs to be as ‘experiential’ as possible, as a source of inspiration for anyone that is ready to go beyond the surface of correct ‘decision making’, which is definitely the foundation of individual alignment but most certainly not everything that is possible through Human Design. This is just how the experiment of individual differentiation started, and this is also what keeps it grounded in the fundamental principles of the form principle, but it is only when the mind is no longer responsible for being the decision making authority in the life, that its true intelligence and inherent sense of differentiated purpose can emerge.

Though the programs that are not certified are open to the general public, it is recommended that participants have a general understanding of the Rave Body Graph, ideally at the level of the ‘General Training’, which would certainly improve their ability to both enjoy and absorb the information that is being delivered. If you have any doubts about how adequate it can be for you, please write an email to office@yourownauthority.com

This is an open invitation to everyone that wants to dive deeply into the understanding of the forces that make being conditioned from the moment of coming into the world something that not only is simply unavoidable at the individual level, but a deeply enlightening revelation of the way the forces of the evolutionary program have always played a fascinating joke on us humans. The joke of making us intelligent and then use that intelligence for nothing else than pumping up our own vanity and folly that will be the very fuel of our futile suffering.

PENTA, WA, THE 16 GODHEADS AND THEIR INCARNATION CROSSES
JULY 29TH TO AUGUST 2ND

LIFE CYCLES: THE THREE MARKERS OF MATURATION IN THE INDIVIDUAL PERSONALITY