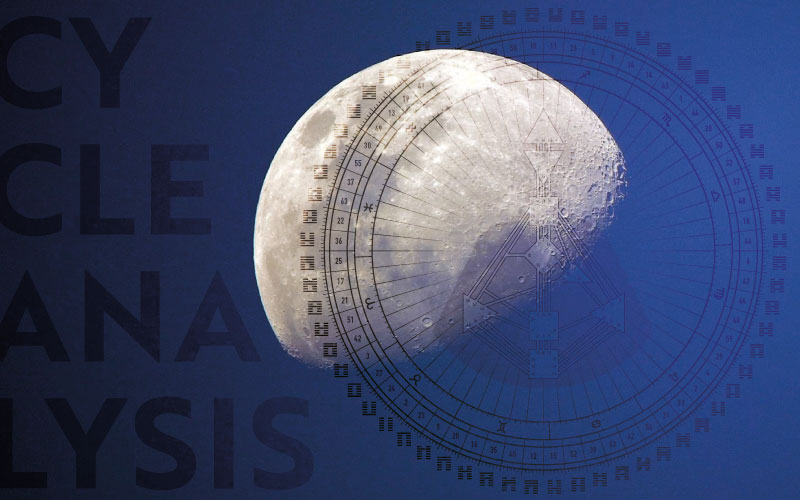 One of the most exciting aspects of life after Kiron return is the ability to look back on personal experience and enjoy being able to develop one’s own perspective on the nature of things. It is in this context that my personal interest for the impact of the planetary program after birth was rather limited in the beginning of my professional career with Human Design. It is only now, when I hear myself illustrate these concepts to the students that are completing their professional training with me, that I realize not only the human depth, but also the incredibly accurate and organic logic in the formulas and principles that we can gather from the planetary cycles as markers of the way in which our individual personality is programmed to mature at different levels. What is fascinating is the fact that those cycles operate in exactly the same timeline for everyone, independently from whoever their parents were and from whatever circumstances they may have met in their environment.

As we know from the strategy of the Reflector type, that is rooted in the 28 day long cycle of the Moon, we are all being affected by all kinds of cycles in our individual development and maturation. The way individual maturation in the personality of humans was measured before 1781 was based on the Saturn cycle of 29.6 years, which is very different from the way in which it has to be measured today, when the life span of the average human being is almost equal to the orbital cycle of 84 years of the planet Uranus.

In this life span, every human personality that is born on Earth and gets to live beyond 51 years of age, which is about the large majority nowadays, experiences a pattern that is consistent to all of them and that divides the maturation process of the personality (which is the life of the human spirit) in three very distinct phases (cycles).

It is very common that students and other people of Human Design have heard about the importance of the ‘Saturn Return Cycle’, especially for people around the age of 30, but the true importance and significance of this so called ‘Cycle of Capacity’, for which the 6th line profile is only the perfect ‘example’, is not sufficiently comprehended. One needs to understand what was happening year after year to the potential of the human personality until it reaches a place in its internal development that it had never met so clearly before in its earlier development; the absolute inner demand for self-restrain if one truly wants to have a chance to succeed in establishing the differentiated life purpose that is inherent to the incarnation cross that we carry in our imprinting . Only after having spent more than 30 years of age on planet Earth is the human personality ready to live with integrity on a path of self-mastery.

During this classroom day (4 sessions of 90 minutes each) I will deconstruct the Saturn cycle into its 4 different quarters, of seven years each, using the same example year after year, to experientially ground the understanding of the human substance that develops in the individual spirit during this most important life cycle. Year after year, as Saturn moves around the wheel, the personality Sun is challenged to learn to restrain the projection of its light in its materially driven need to establish and maintain harmony in its relationship with environmental forces (family, coworkers, society, friends, partners and lovers).

If there is one lesson that the Saturn cycle teaches us all in our development is that being born a member of the human species can be a lot of things, but easy is certainly not one of them.

Seen from the perspective of the potential for differentiated human awareness, the human journey is not meant to be less challenging after the Saturn return, but in some ways actually more. Having learned to restrain its self-expression in order to establish the purpose of its cross in the material world, the personality is now confronted with the deeper veils of illusion that distort its perception from places that fall way beyond its personal scope, namely the fact that the world one wakes up to every day does not seem to contain the elements that would seem necessary in order to find fulfillment in the life that one is living. Now, it is obviously not that those elements are not there, but the homogenized personality is simply unable to see them or to engage with them in a ‘correct’ way. This is because despite the maturation of its capacity for self-restrain, the way it has learned to look at the world, and the things it expects from life, are rooted in a worldview that is not original. Between the first Saturn cycle and the Uranus Opposition, the human personality is ‘trapped’ in the perception of a homogenized version of the world and life’s purpose as it was found to be present in the geometry that one was born into; a world that contains everything one can dream of, but that is completely unprepared for the uniqueness that each of us embodies.

One can easily make a cosmic joke out of this particular aspect of the human condition, if it wasn’t for the tragic dimension that it reveals about our always unstable and fragile existence. The Uranus Opposition is a marker that forces the potential of the human personality to undergo a deep transformation in the way it projects itself in interaction with the material circumstances that it has created for itself with the decisions taken in the first half of the life. This does not always come easy, since by this age the average human personality has lost the resilience it once used to have. The famous ‘middle-age crisis’ is a homogenized manifestation of this maturation cycle, and rather than a catastrophe triggered by unwanted changes in the perception of environmental forces, this could be an enlightening opportunity for the personality to recognize that its fate has always been in ‘its own hands’.

What lies in front of it from here onwards is a world in which there is no need to change anything and no other purpose than making sure that one is treading on it leaving exactly the individual footprints that one would want to leave. The way the personality looks at the future and the past altogether is an equation that is deeply transformed during this phase.

If the personality does not wake up from the veils of illusion latest when it goes through its Uranus Opposition between 38 and 44 years of age, then the potential quality of the life process enters into a phase in which deterioration is the only thing that is assured. Given that most human beings live out a homogenized life, the examples that we have always had of people ‘getting old’ have never been all too inspiring. It is only in these nine-centered times that we start to see how the potential of the human personality continues to develop beyond this barrier, and it does so simply because it is possible!!

You see, during the first thirty years of its life, the human personality lives enclosed in its own subjectivity, and does not even know it!! It is only when it has reached its first Saturn Return that it starts to recognize it as it moves consciously in the world, but this does not mean that the personality moves immediately into sudden objectivity, not at all. Maturation is a slow and ongoing process.

The first change that happens when the personality recognizes its lack of objectivity is that it becomes more detached from the permanent drive to jump on mental conclusions, and hence it is increasingly ready to keep open eyes and mind to learn from the experience of others. Watching others from this more detached perspective, it also learns to recognize and see its own past in a new way. This opens up the potential for an objective way of evaluating one’s mistaken conclusions about whatever may have been hurtful during that time. The personality stops hurting itself, in its attempts to build a life based on ideas and/or perfectionism, and the spirit can slowly enter into a deeply experiential healing process that will only be complete when it reaches the flowering of its inherent potential, as it is represented by the Kiron Return cycle around 50 to 51 years of age.

If the form has lived in respect to the inherent laws of its nature, the spirit has matured correctly and life gives us its greatest reward, which is no less of recognizing its inherent perfection at a level that is beyond mental grasp.