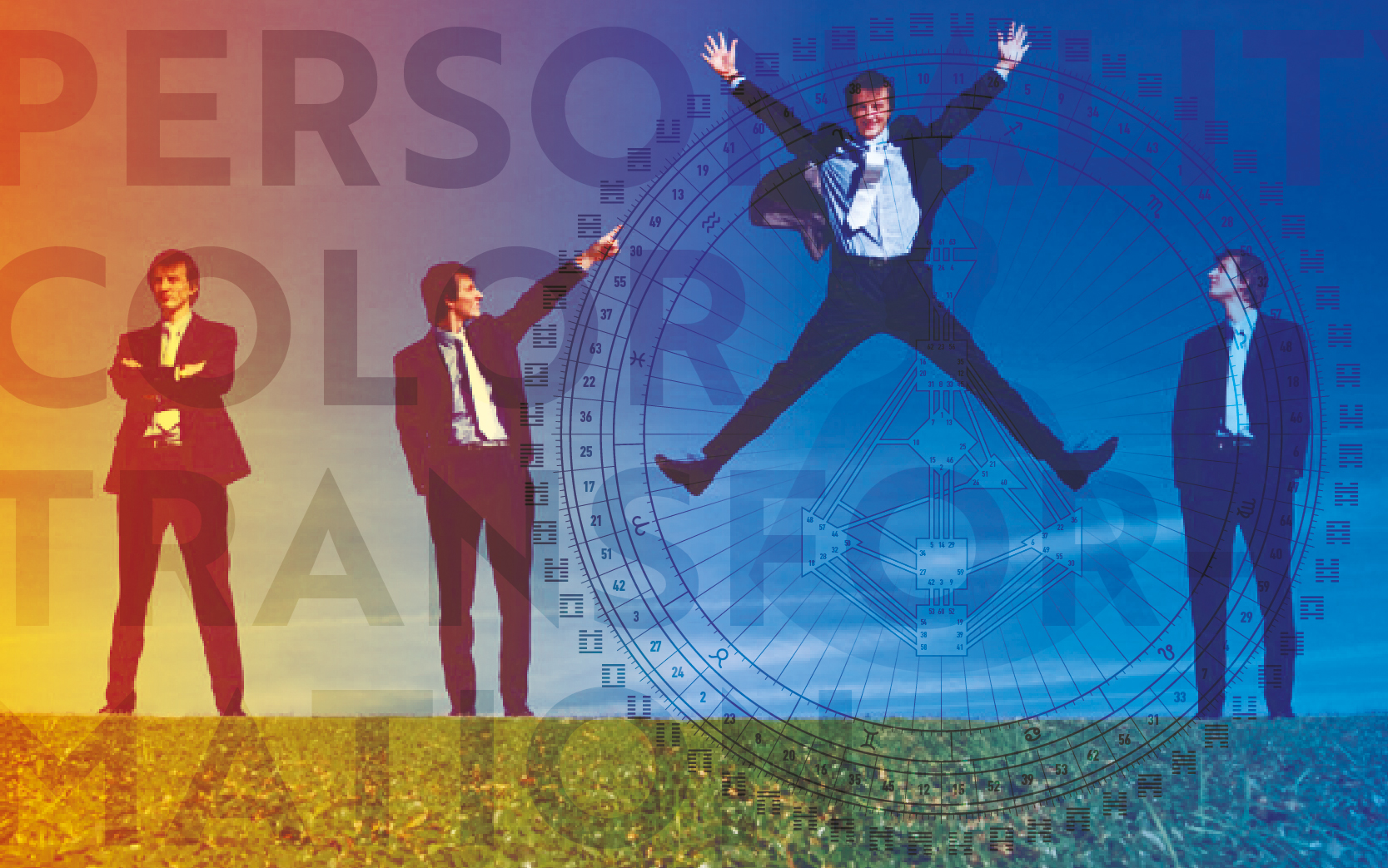 The understanding of human psychology through the inherent duality of a mechanical structure that can be logically explained is a possibility that has always fascinated me, and this is also the most obvious reason behind the seductive power that the knowledge of the Human Design System has had over me since the beginning of my career in 1993.

Seen from a mechanical perspective, the human personality is not meant to be burdened with the responsibility over its material fate in this life, the contrary of which is at the source of the general distortion and homogenized suffering that we can see everywhere on this planet. Every human personality carries the same potential to find fulfillment in the very realization of their potential for self-reflected consciousness. That is, the potential to recognize oneself simultaneously as the ‘part’ and the ‘whole’.

This is what we all are in our individual potential for awareness; a singularly conscious bridge between the earth and the sky, between the spirit and the form. However, the only way in which we can express this perception to others is through the projection field created by mind and the use of language, which opens us all up to an unavoidable world of endless subjectivity. Most human beings experience the life of their personalities locked up in the ‘inner’ mental labyrinths, looking for a way out of them while they reproduce the same old feelings that were created by their childhood conditionings and trauma, and never have had a real chance of waking up from the unnecessary suffering that the Not-Self mind creates as a habit. In its search for objectivity and in order to eliminate its fundamental subjectivity, the personality learns to remain focused on the same external forces that conditioned its perception from the very beginning of its life through the openness in the individual design. This state of deep identification with what is not natural to one is kept in place by ‘hidden’ forces that distort our conscious perception of ‘who we think we are’, ‘blinding’ us to our own subjectivity while we can perfectly recognize the profound subjectivity in everyone else.

The force that keeps the personality’s conscious attention away from itself, obsessing about some impossible choices that would allow it to harmonize the conditioning received through their open centers is called ‘color transference’, and it operates as a mechanism of our cognition from underneath the surface of the Hexagram and the Line.
Once an individual stops being mentally driven and starts operating in accordance to their nature, by following Strategy and Inner Authority in establishing their movement in life, the brain immediately starts realigning the body, tuning its senses back to their natural sensitivity and biochemical determination. This interrupts the phenomena of transference from the design in an irreversible way, for as long as the person continues to operate respectfully within the limitations of their own form.

However, at the personality level there is no such mechanism that can eliminate ‘transference’ in any irreversible way, because the human personality is designed for ‘outer’ authority, not inner. Now, the fact that there is no such mechanism for the personality has always represented a deep handicap in the ability of human beings to develop their individual wisdom and not fall victim to the vain suffering created by the fixedness of their very own mental ‘habits’. These ‘habits’ have names and represent specific functions that predetermine the way we ‘see’ and the way we ‘think’, and what is best, they can be logically and structurally described.

This is exactly what I intend to do during the two days of this course. I will introduce the line infrastructure in the way it operates through the personality consciousness, in such a way that every participant is going to be able to see how they fit into one of twelve different possibilities. I will deconstruct the personality’s consciousness in its internal/external binary, in what is known as ‘Motivation’ and ‘Perspective’, and also focus on each of the different combinations between the two that can be formed, working with the examples of participants that wish me to do so.

I will also deconstruct the tonal architecture and the way it divides the potential of the human personality into six different fundamental cognitive ways of grounding the conceptual foundation through which we try to grasp the essential value of what we get to experience in our waking lives.